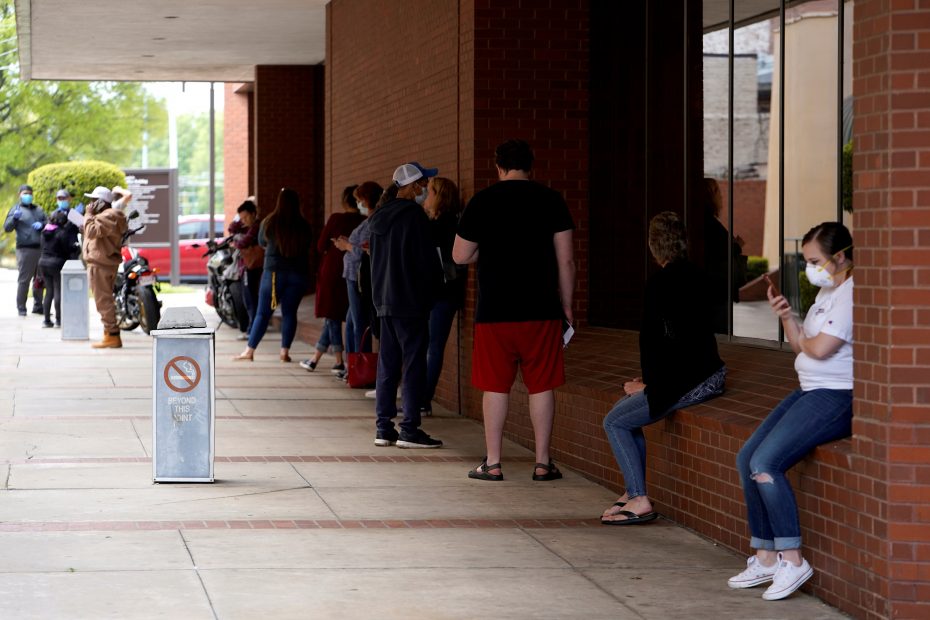 The COVID-19 pandemic and the economic downturn it gave rise to drastically increased the number of unemployed Americans. In regions that already faced employment and income disparities, the impact has been even greater. The pandemic has shown a bright light on previous inequities, while at the same time deepening these gaps. Keeping in mind that this is an ever changing and evolving situation, we explore the current impact of COVID-19 on workers in the nation, state of California, and the Inland Empire.

Using current data (up to the September 2020 of the Current Population Survey and up to June 2020 of online job posting data from Burning Glass Technologies), we compare employment to population ratio and unemployment rate in the current environment against the same indicators during the Great Recession. We look at these indicators overall, and decompose them by whether workers have completed college. Finally, we examine changes in employment and job postings by the 15 most prevalent industry and occupation classifications for the Inland Empire.

The data show that the COVID-19 induced recession has so far been more dramatic than the Great Recession. This is true nationally and statewide. Regionally, the Inland Empire has been hit particularly hard. Employment fell more rapidly and unemployment rose quicker than at any point during the Great Recession. While earnings initially remained stable or rose during the early stages of the pandemic, they have dropped dramatically in recent months.

The most affected occupations have been in Personal Care and Food Preparation. The most affected major industries have been Accommodation and Food Services, Other Services, and  Manufacturing. Each of which have seen steeper declines in employment than the industries have seen nationwide. Construction, Education, and Transportation have so far grown or been unaffected.

Unemployment is the most common labor force indicator used to summarize the state of the labor market. It shows out of all the people working or looking for work, what share still have been unable to find employment. We see that while prior to the pandemic, the Inland Empire had a lower unemployment rate than the rest of the state or nation as a whole, COVID-19 has been particularly hard on the region. From just prior to the pandemic to the most recent jobs report in September, 2020, unemployment in the Inland Empire has risen by 9.2 percentage points from 1.5 % to now 10.7 %. That outpaces the rise in the unemployment rate in the rest of California (6.3 percentage points) or in the United States overall (3.6 percentage points).

Additionally, the current recession is not impacting all workers evenly. As previously stated and shown in the graph above, the unemployment rate for workers without a BA are higher here in the Inland Empire and at the state and federal level as well.

The graph above depicts the employment to population ratio for the Inland Empire, state of California, and U.S. overall during both recessions. Again, the solid lines represent the Great Recession and the dotted lines represent the current recession due to the pandemic. At the start of the current recession, it is clear that the employment to population ratio has significantly decreased in comparison to the data from the Great Recession.

The graph above depicts the employment to population ratio for the Inland Empire leading up to the start of the COVID-19 recession for workers with and without a BA degree. A clear disparity can be seen before the start of the recession, with this gap appearing to grow larger in the following months. This data suggests a slow economic recovery, particularly for workers without BA degrees.

Below we list the top two-digit employing occupation categories and industry categories in the Inland Empire. For each we show the average change in employment during the pandemic (March, 2020 – September, 2020) in the United States, California, and the Inland Empire from the six months prior (September, 2019 – February, 2020). For the Inland Empire, we further break down changes between the start of the pandemic through the June, 2020 peak and the subsequent partial recovery (July, 2020 – September, 2020). Using data from Burning Glass Technologies collection of online job postings, we examine how job availability has changed on average during the pandemic in each occupation and industry. Finally, for comparability we also show how employment changed in each occupation and industry during the first six months of the Great Recession as opposed to the prior half year.

The most affected occupations have been in Personal Care, Food Preparation, and Office and Administrative Support, with 44%, 31%,  and 23% declines in employment respectively. Each decline is larger than the occupations have experienced in the state or nationwide. We observe commensurate changes in job postings in these occupations. Conversely, Transportation, Education, Healthcare, and Construction jobs have largely persisted. It is worth noting that though the number of jobs in education has remained constant job postings in Education have fallen by 32% whereas job postings have grown by 21% in Transportation.

Looking at the same metrics by industrial breakdown provides a consistent narrative. The most affected major industries have been Accommodation and Food Services, Other Services, and  Manufacturing with decline of 28%, 25%, and 28% respectively . Each of which have seen steeper declines in employment than the industries have seen nationwide. Construction, Education, and Transportation have so far grown or persisted in the Inland Empire. However, among those only Transportation has seen an increase in job postings.

Overall, this analysis begins to paint a picture in terms of the severe impacts of the pandemic on employment in the region and beyond. As previously noted, employment fell more rapidly and unemployment rose quicker than at any point during the Great Recession. While the next wave of COVID-19 relief has been stalled in congress, the lives of people all over the Inland Empire and the country are being impacted and disrupted. Aside from the health threat of this pandemic, many are suffering through severe economic distress as well.

While this analysis only offers a glimpse into the local economic impact of the pandemic, the current data is concerning. It is also important to note that health officials are warning of another wave of the virus this Winter, possibly leading to further shut-downs and restrictions in the state. The battle against the pandemic needs to be comprehensive and fought at the federal, state, and local level. More funds and resources are needed at each of these levels to combat not only the concerning data we have presented here, but the future impacts of the virus as we continue to learn and improve our response.